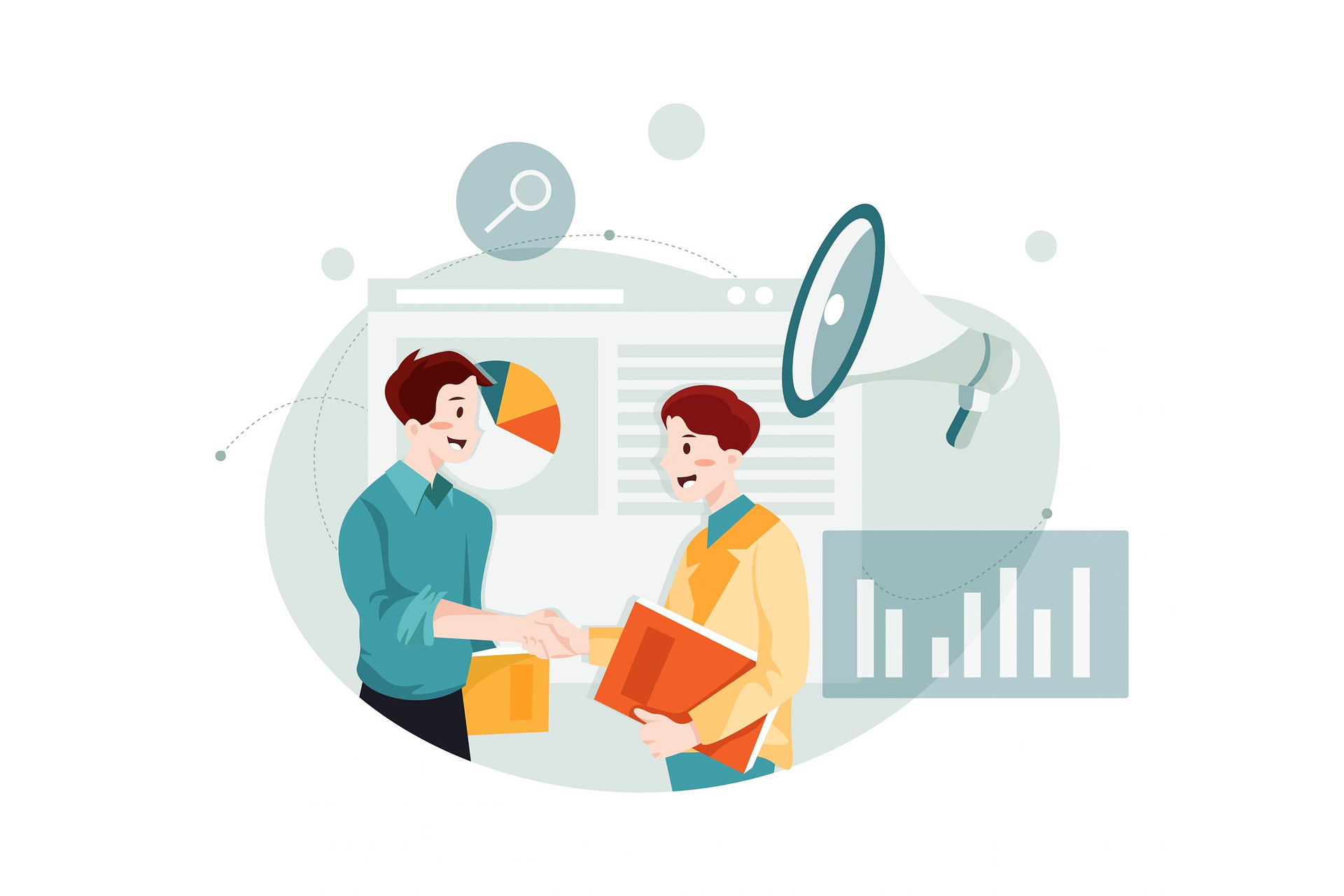 It’s tough to sell something without digital marketing. You need to get your name out there to the masses, draw them in with something interesting, wow them with what you have, and hope they buy. This is even more true for small-business owners, who don’t always feel they have the time or resources to truly dedicate to that end.

We understand that sentiment—time and money are invaluable—but you need to know that digital marketing is truly a worthwhile if not critical endeavor. Don’t believe us? Well, humans have been doing it forever, so we must be doing something right.

Marketing is an ancient art

Time for a quick history lesson! Though marketing as we know it began around the time of the Industrial Revolution, the idea and practice of marketing have been around for thousands of years. Historians of marketing—yes they exist—found examples of branded jugs with promotional messaging from a renowned fish-sauce merchant in Pompei, Italy. The jugs dated to the year 35 BCE. We see you, Aulus Umbricius Scaurus, maker of the Mediterranean’s finest garum.

Fast forward to now. How does this relate to modern marketing? Well, the ideas haven’t changed. As our marketing manager likes to say (or yell, rather): “Don’t think outside the box! The box has been the box forever!” He loves metaphors.

That’s marketing in a nutshell. It’s not a matter of changing what we do in—which is promoting your business to your audience as we’ve always done—but rather how we do it, which we’ll get to next.

This is where the “how we do it” comes into play. Traditional marketing refers to everything “offline” that most of us born in the 20th century grew up with:

That’s how companies promoted themselves. By now, most of these have become nothing more than static noise. Unless you strike gold with a good commercial or ad, it’s difficult (and expensive) to get traction with traditional marketing, especially for smaller and newly-established businesses.

In the mid-90s, everything began to change. The advent of the internet soon brought with it huge opportunities for marketers—new ways to promote anything and everything.

It was a virtual Wild West in the most literal sense possible: a new and mostly lawless landscape just ripe for exploitation. Yeehaw!

And so began the age of digital marketing. First, swathes of ad real estate appeared on web page margins. Then popup ads became a thing, probably summoned from the bowels of hell, and the world wept. The man responsible for these ads has since apologized for what he hath wrought, and we all dialed it back a little bit.

All this is to say that at its core, digital marketing is simply marketing that’s done online, via the internet:

This is not an exhaustive list, but you get the idea. No matter how you look at it, digital marketing changed the game like nothing before. As we marketers settled into this new world, we learned what worked and what didn’t.

One of the first things we learned is that digital marketing is just better.

Why digital marketing is better

In a word? Because it’s easier. In more words? We’ll get to those next.

You get more for less

If you take your ad online, possibilities abound. Do you post it to YouTube and send out an email? How about post it straight to Facebook and run ads off of it? Here’s a crazy thought: do an Instagram Live of you deciding what to do. The world is yours.

There’s data on just about everything you want to know

The internet is awash in personal data about its millions and millions of users. Some of that data is anonymous and harmless, like your IP address that tells sites and other devices where you are geographically, and what device and browser you’re using.

Some of that data is not at all anonymous, and it’s gleaned from everything we’ve dumped into social media over the years. By this point—and we’ll put our tinfoil hat on here—Google, Facebook et al. know pretty much everything there is to know about each of us who use their services. We put it out there, and they scooped it right up.

These internet giants provide a watered-down portion of this data for marketing purposes (and for a price, of course), which brings us to our next point.

For that, you need to know your audience. If you’re selling ketchup popsicles, the woman in white gloves is not your ideal customer. You can try all day long, but they’re beautiful gloves and she’s just not a ketchup fan. This has taken a weird turn but let’s just keep going.

Digital marketing allows you to find these lunatics and market directly to them via social media. You can track down any lost soul who’s ever liked ketchup popsicles. Go ahead and include people who only like ketchup and only like popsicles if you think they might like what you’ve cooked up here.

Put up an ad of a woman in white gloves holding a ketchup popsicle to show just how irresistible they are. Don’t even try to sex it up. Just sit back and watch the heathens trip over themselves to throw money at you.

It levels the playing field for smaller companies with big competitors

So now your operation is humming with pallets of ketchup coming in and your family’s wondering if everything’s okay, but you’re selling these bad boys left and right so they’re leaving well enough alone. The woman with the white gloves even got some!

In comes Big Ketchup Popsicle™, freshly bought out by some conglomerate. They’re rolling in money and have a massive marketing agency behind them shooting music videos and working on deals with Disney. What is little ol’ you supposed to do here? Bow down to Big Ketchup Popsicle™? No. You’re better than that.

You don’t need deep pockets to succeed with digital marketing. Sure, larger competitors can dump money into ads so their product shows up first in search results—but that doesn’t always work. Lots of people actively avoid clicking on ad links out of spite, instead opting for the first few non-ad results (which we call “organic” results).

Organic results cannot be bought; they can only be earned. To get to the top of the front page (or even near it), you need to draw your audience in with an appealing website filled with great information. The goal is always to engage, educate, entertain and inspire.

The more people visit your page, and the longer they stay, the more your page will rise to the top. Search engines see this traffic—among loads of other factors—decide that you have something worth sharing, and will bump your page up the rankings. Take that, Big Ketchup Popsicle™.

Barge Marketing is here to help!

If digital marketing can help you push ketchup popsicles, there’s probably nothing it can’t help. You can only go up from there—and the sky’s the limit!

But don’t forget, the best digital marketing ideas have a solid strategy behind them, and that’s where we excel at Barge Marketing. It all starts with a meeting. We get to know you and your needs on a fundamental level, then build campaigns around that foundation.

Don’t let a lack of digital marketing hold your business back. See what Barge Marketing can do for you!

Want to learn more? Check out these related posts!